I’ve always been a dog person, so it was a pleasant surprise after Hand to Heart was launched in 2007 that one of my favorite parts of doing in-home massage with our clients was getting to meet their dogs. Big dogs (St. Bernard, Rhodesian ridgeback), little dogs (chihuahua, Pomeranian), old dogs who’d lost hearing or sight or control over their bladders. Puppies (including one over-enthusiastic one who drew blood when he playfully bit my hand).

Dogs that didn’t bother to get up to check me out. Dogs that wouldn’t stop trying to climb into my lap as I was sitting for part of the massage. One that was poised to attack — hair on end and growling quietly –when I began touching his owner, and that had to be sequestered in another room. A golden retriever who got so excited that she jumped all the way onto the massage table with her owner, who’d just had a surgery to place a long rod in his thigh to reinforce a cancerous femur. I could go on and on.

One client had the yappiest little chihuahua you could imagine. I guess there isn’t officially such a thing as a miniature chihuahua, but this one seemed tiny even by chihuahua standards. And very suspicious of me. He barked and circled for at least the first fifteen minutes I was there for the first several visits. It’s amazing how the owner of such a dog can totally tune out that racket; I couldn’t. He got used to me eventually, though, and I realized it had finally happened one day when I was sitting at the head of the massage table working on my client, with my left foot resting on its side in front of me. I felt something against my foot, and I looked down to see the little guy curled up and asleep in the arch of my foot. Very cute. Still annoying, but very cute.

Also in the yappy department: I pulled into the driveway of a woman in Springfield, Vt., years ago to see two old-looking dogs tied up outside, one quiet and one noisy. At the door, I was greeted by my new client, who brought me into the house where I was met by her seven Pomeranians, all barking and jumping on my legs. Pomeranians are all hair and bark, and the barking and jumping didn’t stop the entire time I was there, although my client was apparently able to relax comfortably. Even more amazing, when one of them was jumping on my leg and yipping, she – without opening her eyes – told it by name to hush. How she could tell one yip from the other six was and is a mystery.

I learned a little about the ingrained rhythms of my own body during one home visit, thanks to a client’s dog. The woman was in a hospital bed in her living room, and I was sitting alongside her, doing some massage on her neck and shoulder with my left hand. Her dog came over from across the room and put its head on my lap. I’m incapable of letting that pass without reacting, so I reached with my right hand and began giving the dog a little scratch behind the ear. It turned out my hands are primed for synchronicity; without thinking, I had begun giving my client a scratch behind her ear, too. (I’m happy to say I caught myself quickly, before her leg started thumping on the bed.)

Many Hand to Heart clients have told me that their dogs (and cats) become particularly close and protective after the start of their illness, and I’ve seen plenty of evidence of that. Some dogs circle the massage table nervously the whole time, other stand between me and the client whenever possible – not threateningly, but with an apparent mission to be there for whatever happens. I have a picture on my phone of one client’s cat nestled between her knees during the massage, watching me.

One of my favorite dogs among those I have seen in my travels has been Shaka, a Rhodesian ridgeback with gorgeous brown and black coloring and the most gentle nature you could imagine. I’d no idea that breed got so big. I once saw him back up to the sofa next to my client and sit down on it. Butt on the sofa, back feet in the air, front feet still on the carpet. If he’d stood on his back legs, he’d have been close to my height, and I’m nearly six-seven. He tended to crowd me a bit while I was setting up the table, knowing that I’d stop and sit for a minute to warm up my massage technique on him.

Several visits ago, Shaka was showing signs of an injured leg, yelping a bit while getting up from the floor. The pain got worse with time, I’m told, and he apparently became more and more uncomfortable in general. Just a couple of days ago, my client called me with the heartbreaking news that Shaka was gone. She wanted me to know so I wouldn’t be caught unawares the next time I came to the house. A trip to the vet had revealed extensive cancer in his leg, with the bone so badly weakened that it was completely broken. I was stunned; it was almost as though one of my long-time clients had died, and unexpectedly. I’m going to miss him.

Two Australian shepherds I see frequently tend to crowd me, also, but not so much for physical attention as for the crunchies they expect me to have in my pocket. (I keep a box in the car.) Josie and Bradley have perfected a worried, expectant look that says: “You remembered, right? Right? They’re in your pocket, right?”

Several years ago, I called a new client to complete the intake process over the phone. After getting the information I needed, we made an appointment and she gave me directions to her home in Woodstock. Half-jokingly, I said, “Anything else I should know? Do you have a vicious dog or anything like that?”

“No,” she replied, with a hint of hesitation. “We do have a big dog, but he’s fine. He just doesn’t like tall men.”

That’s when I started keeping that box of crunchies in the car. 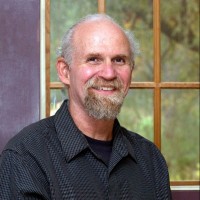 Soul of a Caregiver
Next Post: A Match from the Byrne Foundation